Failure Is The Goal

Failure Is The Goal: Why Striving For Failure Is Your Fast Track To Success

4 ways to be a successful failure and achieve everything you ever wanted!

Ok, so this may not be the most conventional article I've ever written. I'm guessing you expected something hugely motivational and "ra ra ra". Almost like I'm your very own fitness cheerleader. But bear with me my friend... Because all may not be as it seems. Trust me, failure is the goal...We all fail. All the time. Some of us more than others. But at some point we all fall victim to failure.

Normally, you see this as a bad thing.

After all, you didn't dream of being a massive loser when you were growing up. Am I right?

So how the hell can failure be the goal?

It seems weird... Perverse almost.But stick with me… Because I had this thought. 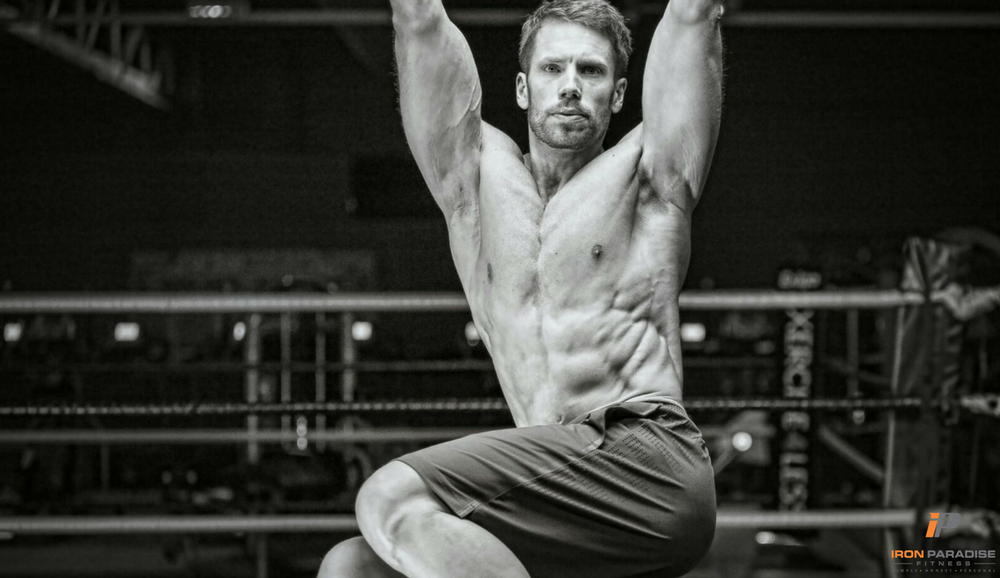 I fail all the time.When it comes to Iron Paradise Fitness I have epic ideas ALL THE TIME.

In fact, I have a notepad with pages and pages of 'epicness'...

Or at least what I think is epic.

But truth be told, the vast amount of ideas I have are a big flop.

For example, I'll make a social media post that I just know will go viral. I can feel it in my bones!

And rather than go viral, it's more like the post has a virus... The anti-engagement virus. Because it's a case of 3 likes and tumbleweeds in the comments. Not exactly what I have planned.

But it doesn't just stop there...

I've failed with my podcast. You might not think it now, but it was a bit of a flop in those early days.

In the first few months I was pretty much talking to my family and friends, just via podcast instead of picking up the phone.

But despite this, I don’t view any of these things as a failure.Why?Because I believe failure is the goal…

Why Isn't Success The Goal? 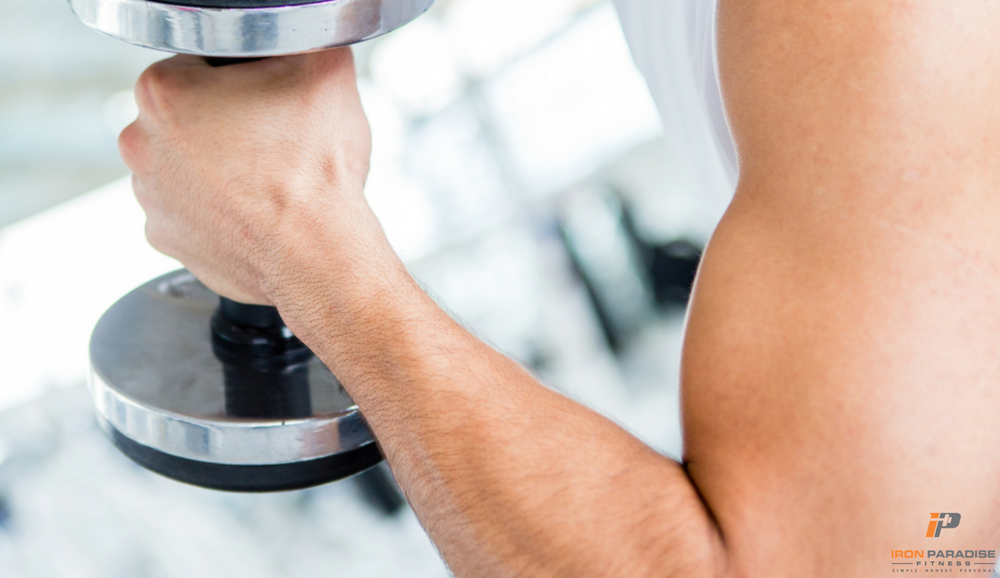 As I was writing this article I was intrigued to find out if anyone else shared the same views as me. Was there anyone else in the world who also weirdly believes failure is the goal?

And low and behold, there is.

During my search, I stumbled across a TED Talk by Matthew Clarke, entitled 'The Goal Is Failure'. I was curious to find out what his take on it was. Turns out our views are pretty similar. Plus, he has these 4 cool tips to make you awesome at failing.

Don't worry, I've summarised these for you. But we'll get on to that later.

Now, you might be sitting there all confused... Clearly striving to be successful HAS to be the way forward, right?

Well, step inside my mind for a second my friend... It's a scary place, but I'll hold your hand.

If success is the goal, you'll never try.

Think about it for a moment...

Success represents the unknown. Whatever you're trying to achieve, you've probably never done it before. So you're kind of out of your depth.

Let's assume your goal is to lose weight, get in shape, and look all sorts of awesome on your next beach holiday.

If you're just starting out on the journey, that goal feels a million miles away.

In addition to that, you probably have no clue what to do or how to get there.

So where does that leave you?

My guess is your paralysed at square one... Fearful of trying because of the thought you might not succeed.

"If I start, what happens if it all goes wrong?"

"What if people laugh at me?"

These are all thoughts of someone who believes success is the be all and end all.

There's no room for error. No margin to go off track. Either things goes perfectly, or it's a disaster.

Comfortable In The Middle Ground

Your paralysing fear of failure and and sole focus on success has even more downside...

Because now you're stuck in the middle ground. A kind of ambition no man's land.

Simply stuck and not moving in any direction. You're definitely not succeeding. But you're also not failing. So in some way, that brings you comfort.

Because no one can judge you for failing again, right? Technically you haven't failed, because you haven't really tried...

But this level of comfort has you rooted to the spot.

If you REALLY want to achieve your goals, you're going to need to put yourself out there and embrace failure.

Are you starting to see failure is the goal?

4 Ways To Be A Successful Failure 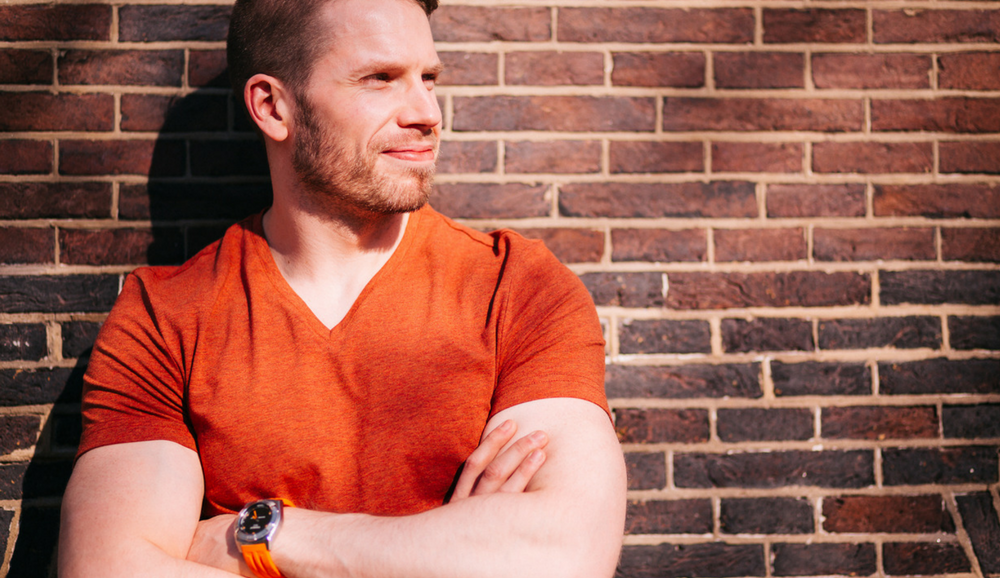 The concept of "failure is the goal" doesn't mean you need to be a complete loser.

Because I'm definitely not saying you need to strive to be poor, eating out of bins, and sucking at everything you do.

As Matthew Clarke put it in his talk, someone who believes failure is the goal has a distinct set of beliefs that make them a raging success.

Wanna know what they are?

Let's give you the rundown...

A Failure Does Something

Someone who embraces failure takes action. They never sit in the shadows afraid of what people might say, how they might react, or if the outcome will be as planned.

So if you want to build muscle, tone up, and get a badass body, then you're going to need to do something. Because you definitely won't get there by sitting on your ass thinking about it.

Swiping through Pinterest for another workout programme or wonder diet isn't the answer. Getting your butt to the gym and putting in the hard work is the difference maker.

Quite simply, you have to DO!

How many times to you stop short of completing something because you're scared the outcome won't be what you want it to be?

Did you give up on your last diet because you thought to yourself, "what if this doesn't work? Then what?"

So you cut it short, didn't give it time to work, and simply said, "Well it just didn't work for me."

You might say this is failing... But it isn't... This is giving up. And giving up is not failing.

So the lesson here is see things through to full completion. Don't half ass it. Don't commit for a week or two, then jack it in.

A Failure Understand Why They Fail

Next up, you need to understand why something failed.

How many times have you been on the same old hamster wheel of yo yo dieting? Skipping from one fad to the next. You never really stick to anything. And you never learn from the experience.

So guess what? You keep making the same mistakes again...

And you might think this is also a failure. But it isn't... And here's why.

Failing the same way more the once is just a sign of madness!

A successful failure tries, finishes, fails, and understands why they failed.

A Failure Enjoys The Process

Finally, we have one of the most important traits of a successful failure. And that's fun!

Because, trust me, you need to enjoy the process. If you don't, then this is going to be really tough for you.

And a key part of enjoying the process is seeking failure. Why? Because every failure is an opportunity for you to learn, grow, adapt, and be better.

If you love the process of going to the gym, seeing results and changing your body for the better. Then guess what? You are not going to give a fuck about the odd failure along the way.

You'll simply shrug it off and move on to the next one.

The Bottom Line: Failure Is The Goal

I want to end this one by urging you to stop crippling yourself into inaction by focusing on perfection and success as the only thing that matters.

You have to be willing to try.

You have to be willing to fail.

And you have to be willing to embrace it.

Then you'll be a true success.

So draw a line in the sand, be ambitious, and be proud of your failures.And now's the time to start as you mean to go on... Why not post your goals for the week in my free Facebook Group, right here.

Now you’ve got me watching you, making sure you fail in the right way...

For those of you interested, here's the full TED Talk from Matthew Clarke. A great little watch...

Whether it's training, nutrition, or mindset, everything can feel like a bit of a minefield at times, right?

So my hope is that these articles are providing the much needed clarity you’ve been looking for.

Practical tips you can implement as well as evidence-based nutrition advice you can rely on.

But even with all this great information it can still be confusing where to start, right?

Because I know people are often searching for the simplest place to start, I created some free guides to give you that simple starting point.

Having spoken to many of you in the past, the most common problems boil down to 3 things…

1. You don’t know how many calories you should be eating to lose body fat.

So that’s why I created the eBook, ‘Fuelled For Fat Loss’ Calculate How Many Calories You Need To Lose fat, Build Muscle, And Kick-start Your Body Transformation. It’s a complete walkthrough of the steps you need to take to make sure you’re on the right path to losing the stubborn fat you hate and building a body you love.

2. You can't control cravings and hunger, so you end up binge eating.

If that’s you, then my eBook ‘6 Simple Ways To Control Your Cravings’ Proven ways To End Your Struggle With Cravings For Good is going to be exactly what you need. These are strategies backed by research and proven to work time and time again.

3. You have no clue where to start in the gym.

I’ve got your back here too. For that I’ve got an eBook called ‘How To Create The Ultimate Training Guide For Beginners’ 5 Steps To A Training Programme That’s Guaranteed To Build Muscle, Tone, And Get You In Great Shape. Sounds perfect, right?

Here's How To Get Your Free eBooks

To get your hands on all this cool free shit just go to ironparadisefitness.com/ebook and download them now.

All are free, so why wouldn’t you get them?

And lastly, if you enjoyed this article, come and find me on Instagram and let me know. Just go to iron_paradise_fitness

But for now all that’s left for me to say is keep living the Lean Life and I’ll see you soon.