Is Saturated Fat Good For You? Here's What 20 Studies Have To Say

Is Saturated Fat Good For You? Or Is It Making You Fat And Causing Harm To Your Health? These 20 Studies Hold The Answer

Fat makes you fat. And saturated fat is the evil villain of your weight loss story. Your fat loss Skeletor, Darth Vader, Mumra, or Doctor Doom. Sent to destroy any hopes of living a leaner, healthier life, in a haze of calorie-dense misery. But is saturated fat really the bad guy, or is saturated fat good for you?

Nutrition can be confusing, especially when you've been struggling to lose weight for years, and battling even longer to keep it off.

At every turn there's something new to think about. Just when you think you're making progress, another nutritional grenade lands in your lap.

Boom. Carbs are the devil, high fat is the way to go.

Boom. Fat makes you fat, so reduce your fat intake. And saturated fat is especially bad, so get rid of that.

Boom. Don't consume too much protein because it'll destroy your kidneys.

Follow that advice and there's nothing left to eat, except a salad made of fresh air and dust. So I get that it's a mind-fuck. And right now, you might not even know what saturated fat is and what foods contain it. Let alone who's right or wrong about the whole thing.

So, in this article, you'll discover if saturated fat is good for you, or not. Here's what's in store.

If that sounds like it'll give you the clarity you need, then start scrolling.

What Is Saturated Fat? 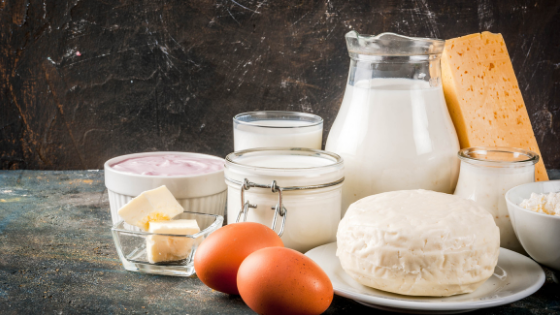 Most articles might start off by telling you that saturated fat is a fatty acid with no double bond. But that doesn't really serve any purpose. Because, while it might sound clever, it doesn't mean anything to you. After all, you eat food, not fatty acids and double bonds, right?

There's 3 categories of dietary fat. These being;

But it doesn't stop there. Often, you'll hear discussion relating to fat drift even further away from helpful discussion.

Talk of specific fatty acids, such as Lauric Acid, Palmitic Acid, and Oleic Acid being either 'good' or 'bad'. And how you should favour one versus the other in your diet.

But here's the thing.

You live in the real world. And, my educated guess is you're not dashing through the local supermarket, checking out the fatty acid profile of every food you buy. After all, you simply want to lose some weight and get in shape, not get a PhD in nutrition. So, pontification about fatty acid profiles might be worthwhile to influence guidelines, but they don't need to be the heart of the debate.

And with that said, it's time to draw a big fat line under this section and move on to why saturated fat gets such a bad rap in the first place.

Why Does Saturated Fat Get Such A Bad Rap? 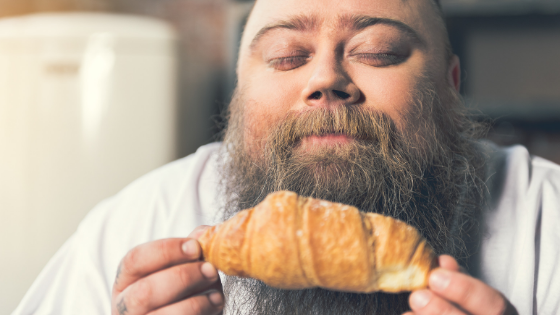 For years, fat has been getting a bad rap. Stripped naked, shamed, and paraded through Weight Loss Boulevard as the source of obesity and ill-health. With saturated fat being the bad-boy poster child, and the focus of your aversion to this essential macronutrient.

Negative views of fat are further compounded by negative connotations conjured by the mere utterance of the word.

You don't want to be considered fat. And you want to get rid of excess body fat in an effort to look and feel better. So fat just simply sounds bad. Plus, it's the most calorie-dense of all the macros at 9 calories per gram.

Therefore, it becomes much easier to spin a narrative that plays to those feelings and emotions. Saturated fat, in particular, has fallen victim to this macronutrient hate crime. Diets and foods often labelled 'High Fat' are, in reality, calorie-dense high sugar and high fat combinations. More a "junk food diet" than a specific high fat hell.

Past research has often chosen to group both saturated and trans fats in the same bucket. Again, creating a potentially false association with cardiovascular disease, weight gain, and inflammation.

With a ground swell of ill-will building against saturated fat, it's time to set a few records straight.

For clarity, trans fat are primarily man-made (some small amounts are found in meat and dairy), often referred to as 'partially hydrogenated vegetable oil', and found in margarine, fried food, pastries, and highly processed snack food. Basically, all the good shit.

And they're not good.

And the evidence shows it, with consistent links to cardiovascular disease, stroke, and Type 2 diabetes.

Although, when you look at the same research, saturated fat doesn't show the same link. 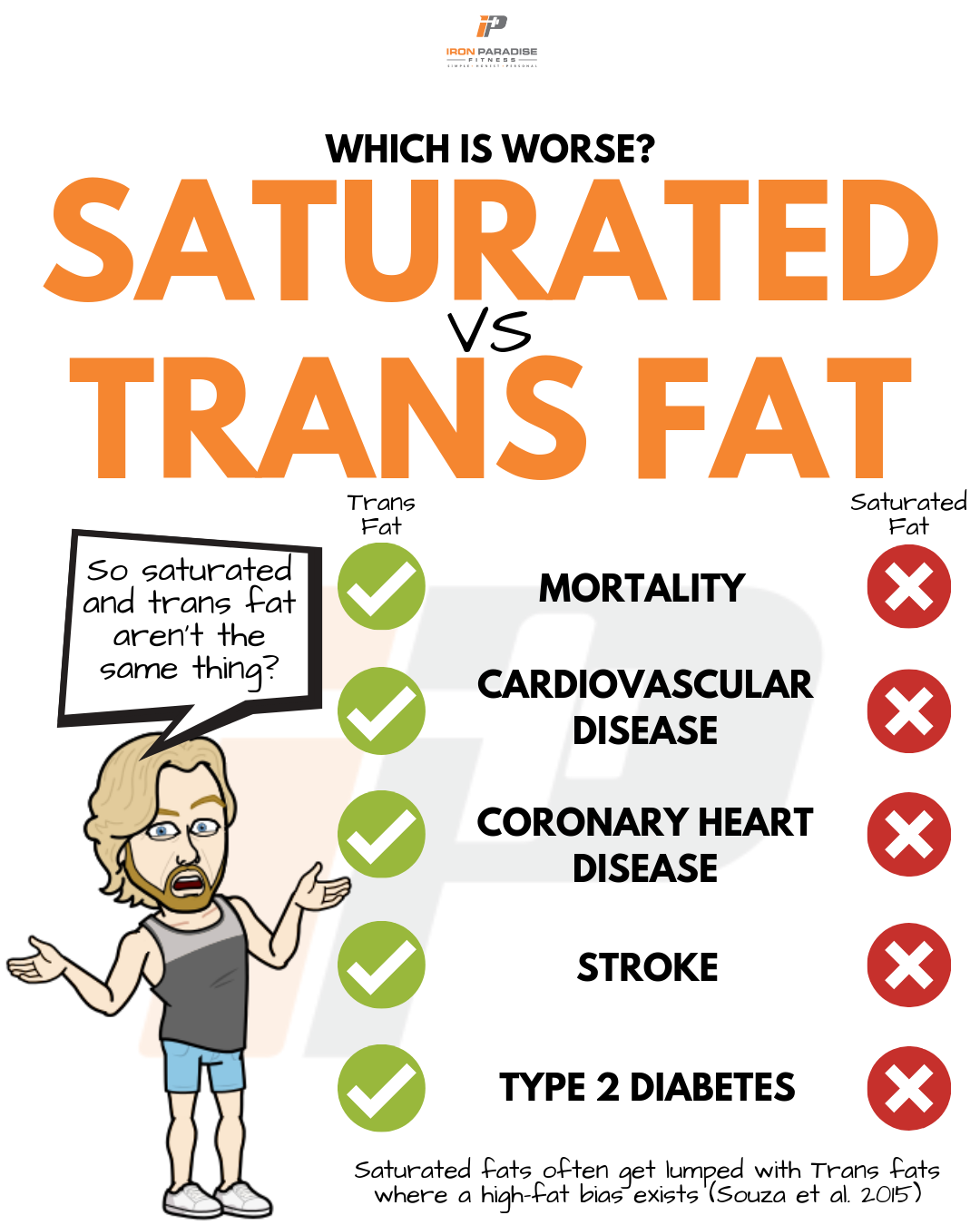 Thankfully, trans fats are being phased out more and more as people become acutely aware of their negative impacts on health. In general, the advice would be to limit foods potentially containing trans fats, if your goal is to lose weight and/or live a healthier life.

The Research On Saturated Fat

If you want to dive into the research specifically on saturated fat, you can geek out to your heart's content with a few studies listed below.

No change on risk of coronary events.

"Ok Simon, you weave a convincing argument. But I've heard saturated fat has a negative impact on insulin resistance. What have you got to say about that?"

Is Saturated Fat Good For You When It Comes To Insulin Resistance? 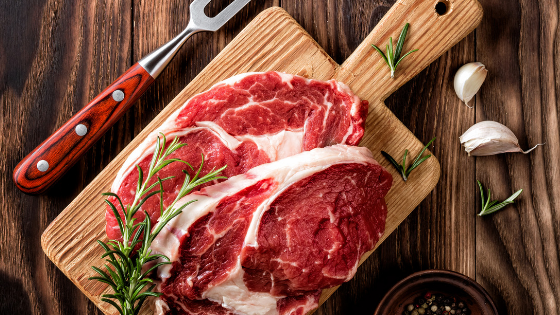 Insulin and insulin resistance is always a hot topic of debate. Typically, it crops up in conversations around carbohydrates and their insulin spiking effects.

But there's also a conflicting narrative that saturated fat has a negative impact on insulin resistance. Now, the anti-fat army might want to fight me on it, but the research just isn't there to support the claim.

Again, the boring as fuck middle-ground is looking like the right place to be. Because, when it comes to insulin resistance, it's less about the demonisation of specific macronutrients, and more about focusing on calories and general health.

"But Simon. Are you serious? I watched 'Dairy is scary on YouTube'. Surely, even you have to admit there's negative health associations relating to saturated fat?"

But Dairy Is Bad, Right?

Think saturated fat and you might instantly think dairy. But for the love of Satan's left testicle, don't ever Google 'Is dairy bad for you?'. The wall of idiocy that hits you is impossible to comprehend.

Aside from the fact dairy typically contains beneficial things, such as protein, calcium, and fat soluble vitamins, there are many other benefits to keeping dairy part of your day-to-day diet. Obviously, if for ethical or personal reasons, you choose to not consume it, that's cool. Your choice. But don't eliminate it on the grounds of a negative health impact.

In fact, here's a list of observational studies and randomised control trials highlighting benefits of dairy.

Are dairy and saturated fat scary? The case is not really stacking up that way, is it? In fact, you could argue it's scary to not include it. But I'm not going to make that assertion. After all, I'm not a dairy zealot.

So where does that leave you on the 'is saturated fat good for you debate?" Sounds to me like you could do with some practical guidelines and advice. And that's exactly what I've got for you.

The Bottom Line On Saturated Fat And Practical Guidelines For Health

As part of a balanced diet, some saturated fat is fine. There's certainly no need to avoid it for fear of it damaging your health and destroying any hopes you have of losing weight.

The sad truth is, you might as well ignore most mainstream guidelines relating to saturated fat, because they don't make much sense and paint an unnecessarily negative picture. Specific fats are also frequently demonised for no valid reason, only adding to the confusion and hysteria.

So popular opinion leaves you no logical answers, and only a mountain of unanswered questions. Not wishing to leave you on the saturated fat ledge, here's a few practical guideline that are actually of use:

Bottom line, fat isn't make you fat. And saturated fat isn't causing ill-health. Have a sensible approach to your diet and manage calories, there's probably no need to overthink it beyond that. 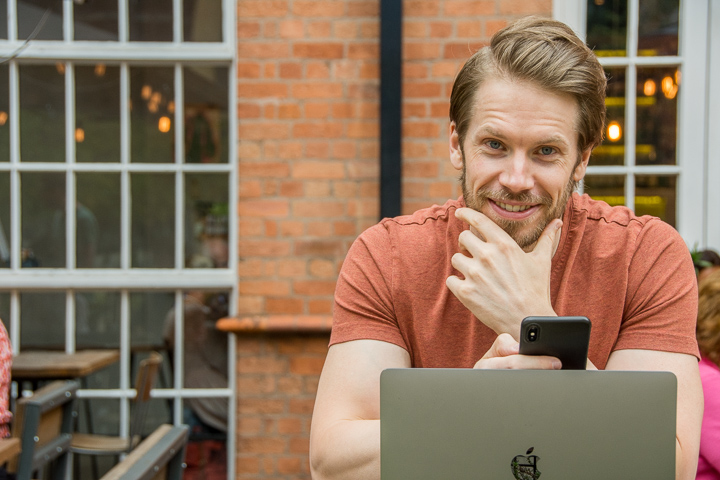